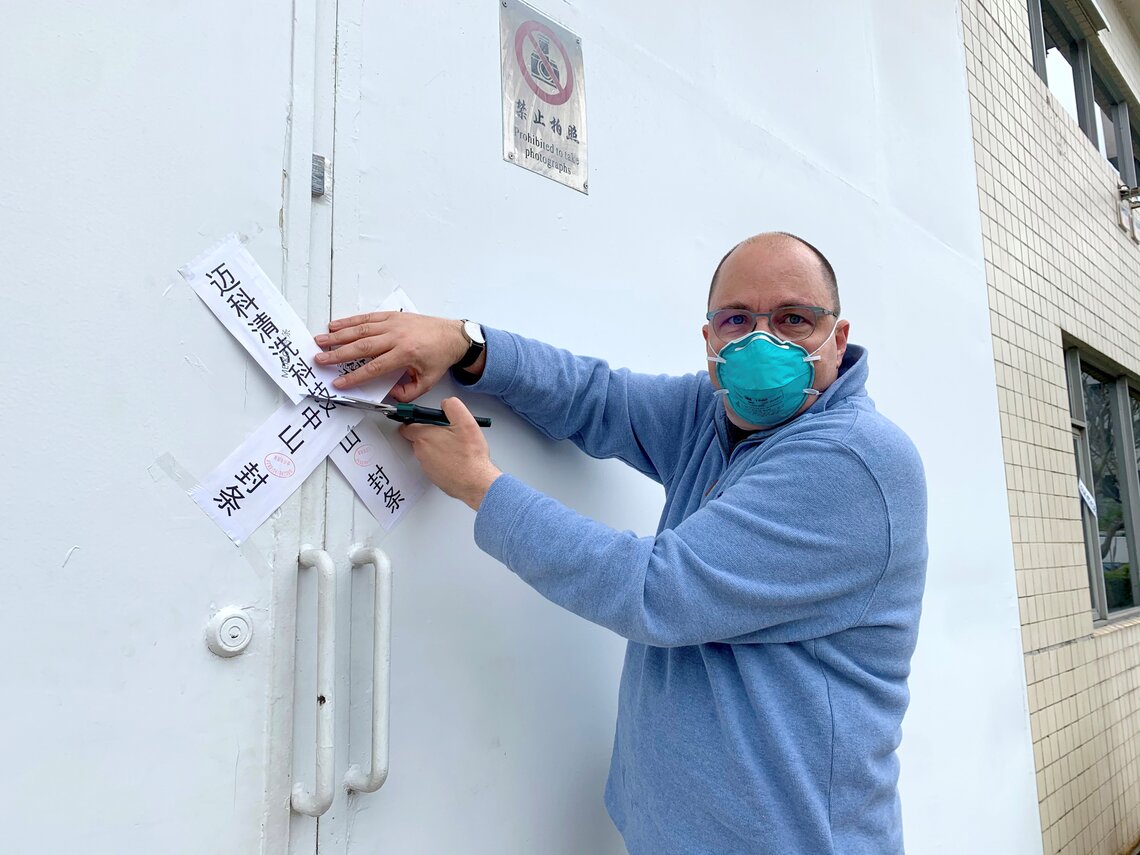 Managing Director Thomas Hegenberg can officially start delivering to hospitals,
although there is a shutdown officially ordered till February 10.

More and more people are becoming infected with the coronavirus. Hospitals no longer have enough capacities and China is responding to this by building emergency hospitals. State media report that the first emergency hospital in Wuhan will be opened today. It was built in a record time of eight days by 7,500 workers. China had experiences with the SARS virus as early as 2003 and the plans for the construction projects at that time served as a template for the current situation.

MEIKO Zhongshan has decided to help the emergency hospitals in Beijing and Henan. Particularly with the coronavirus, the dishwasher manufacturer can guarantee the washware's hygiene safety and harmlessness. This is also confirmed by Dr. Friedrich von Rheinbaben, hygienist and virologist: "Coronaviruses are so-called enveloped viruses. The pathogens do not cause any problems for a commercial MEIKO dishwasher with the special agents used, the special washing mechanism and an increased water temperature. MEIKO devices are able to process dishes and cutlery in such a way that they can be reused without hesitation, even if they have previously been used by infected or sick people". The hospital in Beijing is supported by an UPster H 500 hood type dishwashing machine.

After the suspicion arose that the virus could also be found in the faeces of corona patients, the hospital in Henan has been given a cleaning and disinfection machine.

MEIKO Zhongshan has received permission from the government to initiate the delivery.

Thomas Hegenberg, Managing Director of MEIKO China: "We have witnessed the wave of infection and the daily fight against the virus at close quarters. It soon became clear to us that, if we can help alleviate the situation with our technology, then of course we will!"